Follow the link for more transfers and prices in Saint Petersburg

Taxi and transfer service is covering the Central, Admiralteysky and Moskovsky District of Saint Petersburg, Petrogradsky and Vasilyevsky Island. There will be an extra surcharge applicable in the event of booking the ride to the distant areas. "Meet-and-Greet" service by St. Petersburg Taxi at the arrival hall. Book here an English-speaking transfer from/to Pulkovo 1 LED Airport. Kindly follow our guidelines once at Pulkovo Airport. 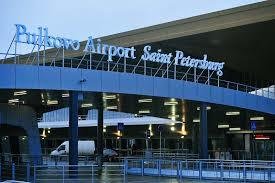 Visitors of St. Petersburg arriving at Pulkovo airport have four major transportation options to the City Centre of Saint Petersburg:

The main advantage of the "bus + metro" option over the pre-booked taxi service is the low travel cost to St. Petersburg City Centre and that's about it. Please remember that our metro is deep and quiet full during the morning and evening hours. Therefore traveling with suitcases will be a full scale "adventure". Being so busy you can easily become a victim of a pickpocket as well. The metro is also not operating during the night. Generally, such a long trip, which includes getting a bus and then switching to a metro can be very frustrating after a flight.

The option of picking a taxi at Pulkovo airport is also quite tricky. One can be lucky and get an excellent taxi ride to the city with no problems whatsoever. But many visitors are facing the following problems:

Visitors of St. Petersburg arriving at Pulkovo airport have four major transportation options to the City Centre of Saint Petersburg:

Generally, the pre-booked English-speaking taxi service is undoubtedly considered to be the best travel option from Pulkovo Airport to the City Center of Saint Petersburg.

The total distance from Pulkovo Airport to the city central district is about 25 km. The average time to the center is about 40 min, but it can take up to 1 hour during the rush hours.

Airport Pulkovo is very user friendly and easy to get around. 99% of our pickups are smooth and trouble-free. Follow our guidelines and your arrival to Saint Petersburg and your airport transfer will be as easy as a pie. Do not hesitate to contact us if you have any further questions or suggestions. Have a safe journey!

Pulkovo Airport is one of the largest and dynamically developing air transport hubs in Russia.

Since the spring of 2010, the airport has been managed by Air Gates of the Northern Capital LLC and is implementing the first public-private partnership project in the Russian aviation industry. During the period from 2011 to 2013, an international passenger terminal, passenger and cargo aprons, a complex of Parking lots and other infrastructure were built. By the end of 2014, the airport received the annual award of the international airport's Council (ACI) in the category "Most significant improvements" in Europe.