Important information: St Petersburg Taxi's fixed fares are provided for the airport transfers and other trips within the Central, Admiralteysky and Moskovsky Districts of Saint Petersburg, Petrogradsky and Vasilyevsky Islands, Pushkin and Peterhof. Please contact us for tailor-made journeys. Fixed fares for Intercity transfers are here. We are able to provide transportation to any destination point in the city and around the Leningradsky region. Lengthy trips to the distant areas will be quoted on request. 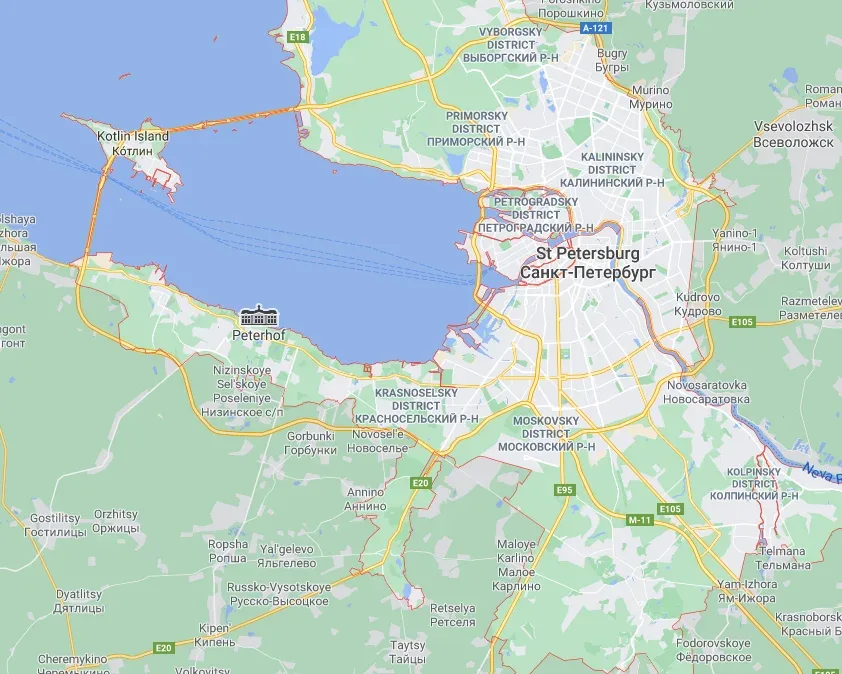 The federal city of Saint Petersburg, Russia, is divided into eighteen districts. 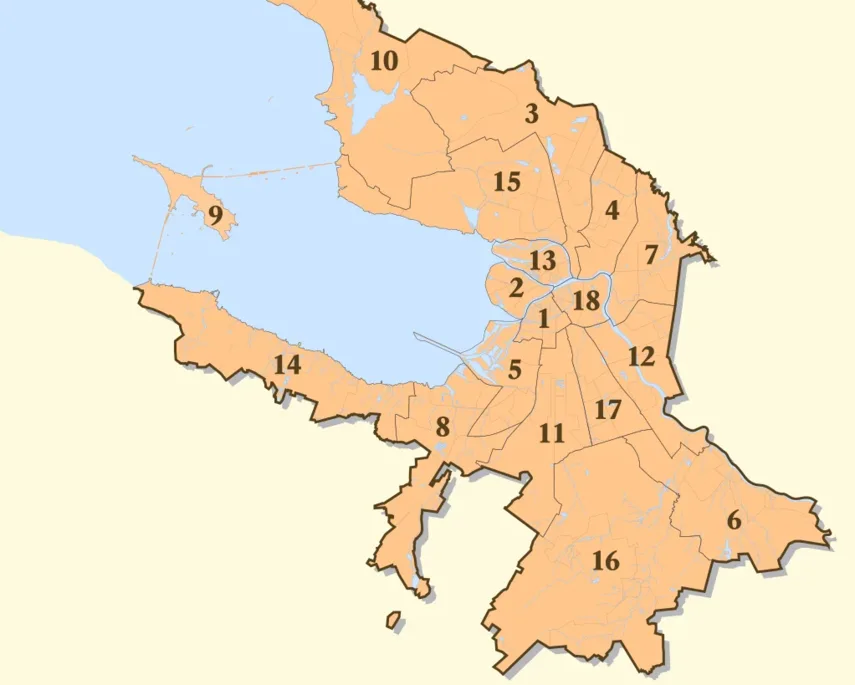 #18 - Central District is one of the districts that make up the historical core of St. Petersburg (almost all of its territory was built up before 1917), is located in the central part of the city, on the left bank of the Neva River, borders with the Admiralty, Moscow, Frunzensky and Nevsky districts, and is connected by bridges across the Neva River with Petrogradsky, Vasileostrovsky, Vyborgsky, Kalininsky and Krasnogvardeysky.

#1 - Admiralteiskiy District is one of the four historical districts of St. Petersburg. It is located in the central part of the city, on the left bank of the Neva River, borders with the Central, Kirovsky, Moskovsky and Frunzensky districts, and has a connection with Vasileostrovsky. A significant part of the district (the area between the Neva and Fontanka embankments) is part of the historical core of St. Petersburg and has a block layout that developed in the XVIII century.

#2 - Vasileostrovsky District is located on three islands in the Neva Delta (including the largest – Vasilievsky) and is one of the four central districts of St. Petersburg: almost all its residents believe that they live in the center. The main difference between Vasileostrovsky and other St. Petersburg districts, which have architectural dominants in the center, is that it is a kind of" island city " with dense ordinary buildings in the central part and front facades facing the water periphery.

#13 - Petrogradsky District of Saint Petersburg is located on islands in the Northern and North-Western part of the Neva Delta. It borders on the Central, Vasileostrovsky, Primorsky and Vyborg districts. This is one of the most expensive urban areas of St. Petersburg in terms of housing prices. Like another historical island district of St. Petersburg – Vasileostrovsky, Petrogradsky is separated from the city center by drawbridges. At the same time, the Petrogradsky district is a third larger in area and not so densely populated.

#11 - Moskovsky District of St. Petersburg is located in the South of the city, bordering the Frunzensky, Admiralteiskiy, Kievsky and Pushkinsky administrative districts. The main thoroughfare of the district is Moskovsky Prospekt. This road existed here even before the foundation of St. Petersburg, but in the pre-revolutionary period, the current northern part of the Moscow district was the city outskirts, and the southern part was generally located outside the city limits.

#14 - Peterhof District is a large suburban district in the South-West of St. Petersburg with a population of 128 thousand people, rich in architectural monuments and cultural heritage sites. The strategic feature of the district is that, in fact, being a suburban area, it is completely located on the inner side of the Ring Road. 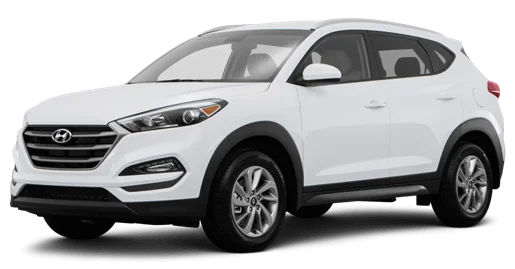 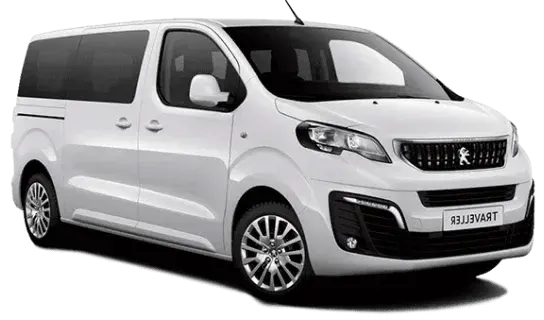 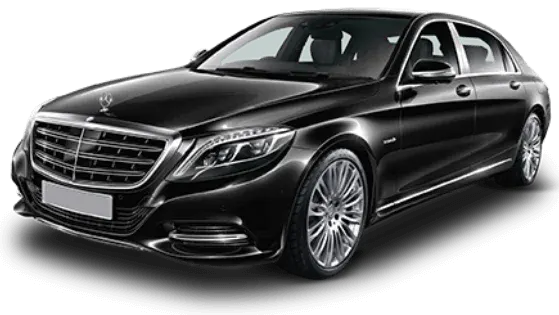 Follow the link for transfers and fares in St. Petersburg