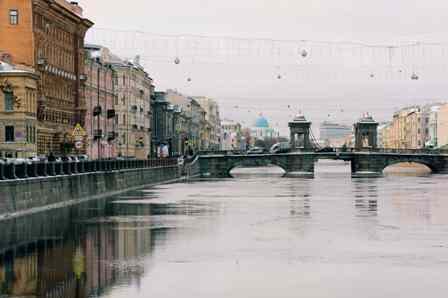 Saint Petersburg is one of the most beautiful cities in the world, the cultural capital of Russia, the largest Northern city and the most northern major! This city is an important economic and scientific center of the country, and the third largest in Europe (after Moscow and London). According to 2016 data, the population of St. Petersburg is 5 225 690 people.

The city was founded by Peter the Great on May 16 (27)1703 as an Outpost in the Delta of the Neva river. Big river and the Baltic sea are reflected in the emblem of the city, where two anchors – the river one, and the sea one – are symbolizing an exceptional importance of these two geographical factors for the development of St. Petersburg.

For a long time Saint Petersburg remained the capital of the Russian Empire. For a little more than 300-year history of its existence, the city changed its name three times. At the beginning of the World War I in 1914 it became Petrograd. In 1924, after Lenin - Leningrad, and only in 1991 the city got back its historical name - Saint Petersburg.

Saint-Petersburg does not leave anyone of the guests indifferent. Everyone here finds something that makes you remember the visit to this extraordinary city and to visit it again and again!