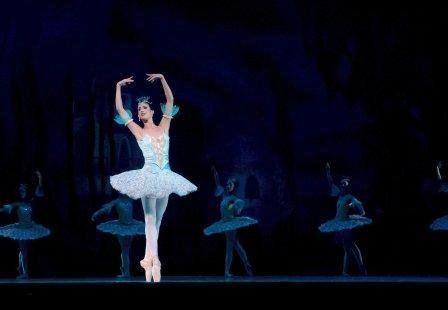 How to find the Mariinsky Theatre and buy tickets.

Obviously, the best way to experience the magic of Russian Theatre is to visit one of the shows at Mariinsky. If you have a difficulties to get tickets - consider the visit to Mikhailovsky Theatre.

The theater was named after Maria Alexandrovna, Princess of the house of Hesse, Russian Empress, wife of Emperor Alexander II and mother of Emperor Alexander III. But his story started a little earlier. In 1859, a circus Theater was damaged by a fire on Teatralnaya square. In its place, the building of the future Mariinsky theatre was built. To perform on the main stage of the theater and open the first theatrical season fell to the Opera "Life for the Tsar" by M. Glinka.

In 1883-1886, the building was rebuilt by the architect Victor Schroeter under the supervision of Nicholas Benoit. In 1917, it was transferred to the Commissariat of education of the RSFSR. Later it was renamed the "State academic Opera and ballet theater" (abbreviated as gatob). This name was used until 1935. Then, like many other organizations, it was named after the murdered Russian revolutionary, Soviet statesman and political figure Sergei Kirov.

In 1988, Valery Gergiev became the artistic Director and chief conductor of the Kirov theatre. On January 16, 1992, the theater was returned to its former name.

Click here to book your safe and reliable taxi in St. Petersburg