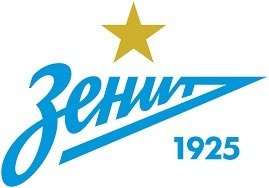 Zenit is one of the most decorated clubs in the country. On account of the blue-white-blue many awards of the highest dignity, not only Russian, but also international level.

Zenit football club was founded in may 1925 as a team at the Leningrad metal factory named after Stalin. Since 1936, the club was named "stalinets", and four years later it acquired its current name.

Zenit is the only team in the Premier League that represents Saint Petersburg. According to independent analysts, 60 percent of residents support the blue-white-blue team in the city, and more than 80 percent of St. Petersburg residents consider the team a symbol of the Northern capital.

A study conducted at the end of 2008 showed that Zenit is one of the ten most popular clubs in Europe, while being the most popular team in the post-Soviet space. In Russia, the blue-white-blue are supported by 15 million fans.

The General sponsor of the club is Gazprom public joint stock company.

Zenit Saint Petersburg football club traces its lineage back to the sports club of the Leningrad Metal works (LMZ) named after Stalin. It was at this factory in the spring of 1925 that football teams were organized, which became the progenitors of the current Zenit, whose official date of birth is now considered to be may 25, 1925.

In the first years of their existence, these teams, constantly changing their lineups, uniting and dividing again, performed mainly at the level of intra-factory competitions, periodically holding only friendly matches with football teams of neighboring enterprises. The attitude to sports at the LMZ was cool at that time, and therefore the factory football developed poorly, maintaining its existence solely due to the enthusiasm of a few devotees.

It was only in the autumn of 1929, after the change of factory management, that the attitude to sports at the LMZ changed. The new Director of the plant, Ivan Nikolaevich Penkin, was not a stranger to sports Hobbies: at that time he was only a little more than 30 years old, and at first he did not deny himself the pleasure of playing football with his workers in his spare time. As a result, the football team at the plant not only lived a full-blooded life, but also a year later ventured to apply for participation in the city championship.

The results of the factory team's debut in these competitions exceeded all expectations: in the autumn championship of Leningrad in 1931, the LMZ players immediately took the honorary third place, passing only the recognized grandees of Leningrad football of those years-Dynamo and Krasnaya Zarya. Subsequently, the Leningrad metallers did not rise to the podium of the city championship any more, although they had the reputation of a strong and respected team.

The following year, 1932, the team of the Metal factory took part in the first all-Union sports contest of trade unions. In the 1/8 final, the Leningrad Metalworkers confidently defeated the team of the Ukrainian city of Gorlovka (7: 3), in the 1/4 final they overcame the team of "Ceramics" from Borovichi (2:1) and only in the semi-final they unexpectedly lost heavily to their countrymen from "red Dawn" (0:5).

In 1934, football at the LMZ underwent a major reorganization. After a long bureaucratic war, the plant managed to get the district trade unions to transfer the newly built stadium named after them to its disposal in the nearby Polyustrovsky Park. Red sports international( KSI), one of the best sports facilities in the city of those years. At the same time, one of the most popular players in Leningrad in the 1930s, Boris Ivin, joined the factory team and joined the LMZ from the nearby Krasny Vyborzhets factory. It was around this authoritative and really high-class player that the construction of a new team with an eye to higher achievements began. In its composition, one after another, there were forwards Viktor Smagin and Alexander Gnezdov, defenders Nikolai Salostin and Peter Belov, Midfielders Alexey Ivanov and Nikolai Rodionov... They will form the backbone of the team of the Metal factory, which in 1936 will take the start in the drawing of the club Championships of the USSR.

In 1935, one of the famous Butusov brothers, Pavel, who can be considered the first head coach in the history of Zenit, also appeared at the Leningrad Metalworkers ' team.

The results of all this rapid activity on the development of factory football were not slow to affect. In the summer of 1935, taking part in the all-Union championship of the vtsps, Leningrad Metalworkers achieved one of the most notable successes in their pre-war history, reaching the final of these prestigious competitions. Having confidently defeated their opponents in the qualifying stage matches with a total score of 15: 4, the team of LMZ in the final part consistently outplayed the teams of the metallurgical plant. Frunze (Konstantinovka, Ukraine) — 2:1 - and the Kazan railway (the progenitor of the Moscow "Locomotive") — 1:0.

And only in the final of the championship, Leningrad lost to a strong team of the Moscow electric plant with the future first Vice-President of FIFA, Valentin Granatkin, in goal — 0: 1. In fairness, it should be noted that during the final meeting, which was unanimously recognized as the favorites of Leningrad, a heavy downpour broke out, which had a considerable impact on the course of the game, and the matter was solved sufficiently by a curious goal that the Muscovites held literally in the last minute of the match.

In the team of LMZ at that time, it is worth noting goalkeepers Alexander Shleifer, who became the first representative of LMZ in the Leningrad national team, and a player of the USSR national team, one of the country's strongest goalkeepers of the pre-war years, Georgy Shorets. Pavel Donin, a fast-paced and technical left-winger, was very effective. he interacted well with his attacking partners and insiders: the ubiquitous and clever Vladimir Lavrentiev and the diligent, active Ivan Shebalov. The powerful, assertive dribbler Alexey Larionov also looked impressive in attack. In defense, first of all, the indefatigable, two-strong defender Sergey Medvedev stood out, and in the middle of the field — the captain and team leader Boris Ivin, whose role in the formation of the Metal factory team is difficult to overestimate.

In General, by the beginning of the USSR club football Championships, which started in the spring of 1936, the team of the Leningrad Metal plant came up quite strong and well-played team.

Click here to book your taxi and transfers in St. Petersburg