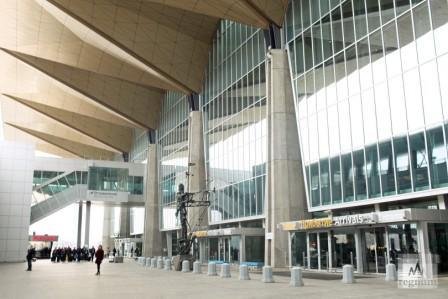 Saint Petersburg has acquired the air traffic between the cities of Russia in 1932 as the Leningrad. In the summer of this year, or more precisely, on June 24, the first planes landed at the airfield, arriving from Moscow. They had passengers and mail. All local Newspapers "trumpeted" this joyous event in the lives of residents of the Northern capital. From this moment, the airport, which for a long time was called "highway", began operating. It was obtained by him due to the eponymous name of the railway platform located nearby. Since the beginning of its existence, Leningrad airport, the only one in the city, is gradually increasing its turnover. Passenger transportation is becoming large-scale. There was no point on the map of the country where the planes of the Shosseynaya airport were descending. On such an optimistic note, Leningrad civil aviation employees together with everyone met the holiday of the Air Fleet, celebrated in 1933 for the first time. Meanwhile, it became necessary to build the terminal building. It was laid down in 1936. New equipment was arriving at the airport, updating the squadron's fleet with excellent vehicles. They were lifted into the sky by pilots of high skill. It is known that at that time the fleet consisted of PS-40, PS-48, G-2. Of course, with the arrival of 1941 and the beginning of hostilities, the activities of the airport and its air squadron took a completely different direction. The aircraft were relocated to other airfields. Meanwhile, the pilots worked in a besieged city, performing the most important tasks. Peaceful transport resumed after the lifting of the blockade. During the last year of the war, the pilots of the Leningrad airport "Shosseynaya" made a huge number of flights, delivering hundreds of tons of various cargo and a large number of passengers. Already in peacetime, the aviators worked on 15 local airlines and almost as many in the Union republics. The fifties are coming - a significant milestone in the history of the airport. A new terminal building is being built. The Park is replenished with the latest innovations in the field of aircraft technology, created by remarkable designers. These were Il-12, Il-14, and an-2. Jet technology came into its own, so it was necessary to retrain the flight crew of the squadron. The Tu-104 and Il-18 were the pride of the Soviet airline. Time passed, the old equipment was replaced by a new one, and the airport changed its name. Since 1973, it has been referred to as"Pulkovo". The post-war terminal building was also reconstructed. Additional pavilions were added to it on both sides. The service of numerous airlines was carried out in an increased mode, and its capacity increased. Excellent equipment made it possible to make flights in any weather. Since 2005, Pulkovo airport has been undergoing new changes in the modern period. It is planned to complete the modernization. In search of investors who could implement plans for the development of the airport, an international competition is announced. So, in 2009, a public-private partnership was formed between Pulkovo Airport and the Northern Capital Air Gate consortium, which included a Greek investment firm and the owner of Frankfurt airport. Development of "Pulkovo", you can judge his contemporaries.